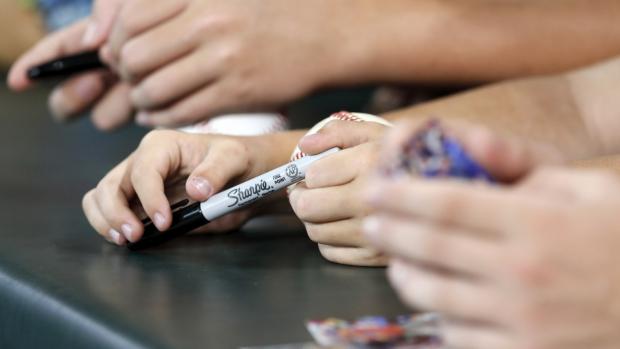 Arizona State Senator-elect  Kelly Townsend, currently a State House Representative, confirms, after speaking to the Maricopa County Recorder's office staff, that the reports of voters in Republican-leaning areas being given sharpies by poll workers that allegedly resulted in ballots being rendered unusable are now officially under investigation, and urges Maricopa County residents to aid in the effort.

In a Facebook post, Townsend wrote that she was informed that the Maricopa County Recorder's office is "verifying spoiled ballots caused by the Sharpie incident." Earlier today, reports surfaced that voters were given sharpies to fill out their paper ballots, which rendered them unusable, as the ballots strictly require an ink pen.

Additionally, Townsend reported that, as of Wednesday night, "the only observers there are Democrats. No Republicans have volunteered to observe." Townsend then urged voters to contact Arizona Republican Party Chair Kelly Ward to volunteer as observers.

GET REPUBLICANS THERE NOW!!!!

This is how we lose AZ! pic.twitter.com/FnDIwz8uvG

Impeachment 2.0: When Will The Backfire Begin?