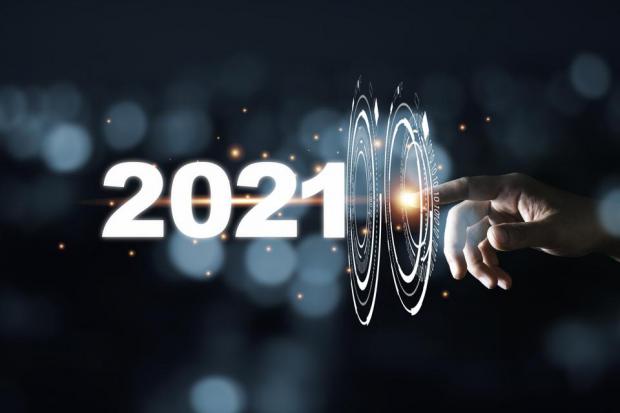 But I came across a list of predictions by James Howard Kunstler, one of the best thinkers and authors of our modern era, although certainly not a fan of Trump. Kunstler is well known as an expert in energy economics, among other topics.

Once I read Kunstler's predictions, I realized that if I wrote my own predictions, people would assume I was plagiarizing his. Yes, they're that similar.

So here, I'm going to simply reprint his predictions for 2021, with a few notations and comments following.

The election is re-adjudicated, fraud subtracted from the tally, and President Trump is declared the winner.

The mail-in vote for the Georgia Senate seat runoff is disqualified as systematic fraud is revealed. Stacy Abrams is indicted for organizing the fraud.

The CIA is purged and reduced to a strictly analytical role for advising the executive.

The FBI is likewise purged; Director Wray is charged with obstruction of Justice.

16 DAY FORECAST NO WHERE TO RUN

BofA Hints That Weimar 2.0 Could Be Coming