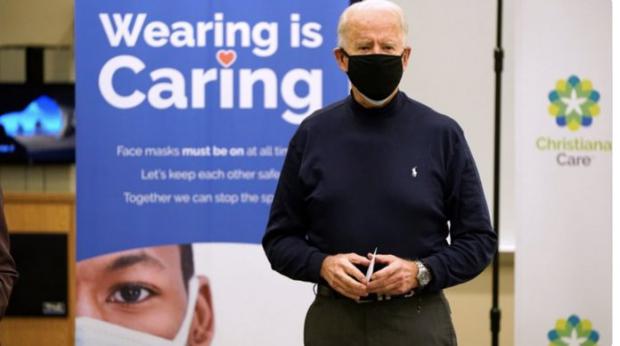 There are two equally hideous explanations for what went on under – or over – the table this past November.

The first is that the election was a carefully arranged con designed to get rid of the reviled (by the left) Orange Man – by adding votes opposed to him. This seems at least probable and that's probably not a strong enough way to put it. Because it is simply not believable that a man like Joe Biden could get more votes than any other presidential candidate, ever. The man draws a crowd like the annual gathering of the Rutherford B. Hayes Society.

He is no Bill Clinton.

Or even Hillary Clinton.

Yet we are expected to bee-lieve (religiously) that this confused old hack roused something on the order of 80 million people to vote for him while the man who drew crowds like the Superbowl does got fewer.

One doesn't need to question the integrity of the Dominion (curious name, that) voting machines to question this. It feels as awkward as taking your sister to the prom. Something's not right.

But what if it is?

What if more Americans than voted for Ronald Reagan in his landslide victory over Walter Mondale actually did vote for  . . .  Joe Biden?

If they did, it summons the hugely unpalatable fact that more than half the country's voters want what Joe Biden stands for. They voted for a national regime of Face Diapering and new lockdowns, both things promised by the Face Diapered One. They actually said yes – and more, please! – to that.