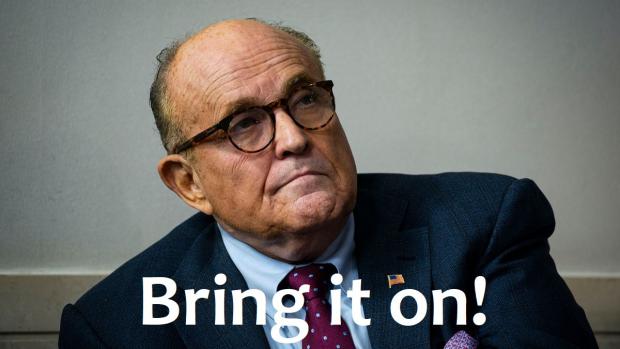 The 107-page lawsuit, filed in the Federal District Court in Washington, accuses Mr. Giuliani of carrying out "a viral disinformation campaign about Dominion" made up of "demonstrably false" allegations, in part to enrich himself through legal fees and his podcast.

The suit seeks damages of more than $1.3 billion and is based on more than 50 statements Mr. Giuliani made at legislative hearings, on Twitter, on his podcast and in the conservative news media, where he spun a fictitious narrative of a plot by one of the biggest voting machine manufacturers in the country to flip votes to President Biden.

Mr. Giuliani, one of Mr. Trump's closest advisers and confidants, has faced continuing fallout for his highly visible efforts to reverse the election outcome. This month, the chairman of the New York State Senate's judiciary committee formally requested that the state court system strip Mr. Giuliani of his law license.

Mr. Giuliani did not immediately respond to a request for comment.