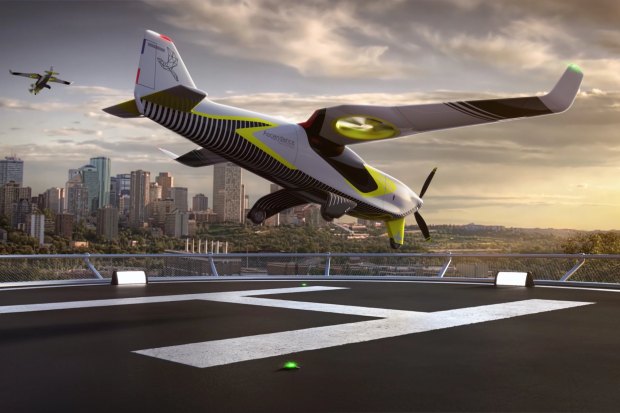 Right now, the entire electric VTOL scene is a house built on a foundation of faith. Faith that the hordes of researchers beavering away on next-gen battery technology will achieve an enormous energy density breakthrough, or faith that hydrogen fuel cell powertrains will prove safe, reliable and practical in an aviation context.

Both seem likely, eventually, but the urban air taxi industry is pushing to be up and running within five years, and right now there's no powertrain on the market that can keep these energy-intensive vertical-lift birds in the air long enough to be practical in a commercial sense.

France's Ascendance sees an opportunity for an intermediate step. The company was founded by four ex-Airbus employees who worked on the groundbreaking E-Fan project, which back in 2015 became the first electric aircraft to cross the English Channel. Now, the team is working on a hybrid initiative to make long-range, low-emissions VTOL flight a reality even before the battery and hydrogen guys make their breakthroughs.

The company's first project is the Atea aircraft shown at the top. While many eVTOL designs use wings, none looks as close to a standard small plane as this one. The fuselage, forward propeller, and T-shaped tail look entirely familiar instead of alien and sci-fi like some of the competition. It's clearly designed to be just as comfortable taking off and landing on airstrips as vertipads.