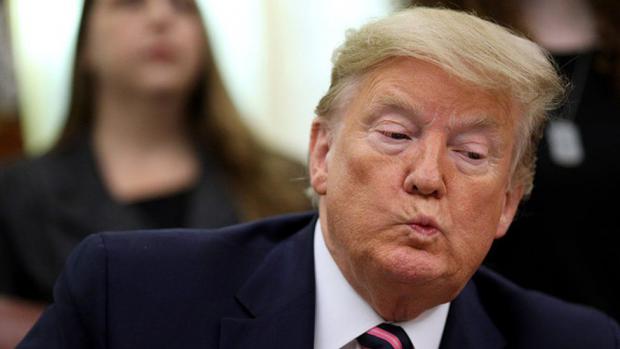 Former President Donald Trump condemned 35 Republicans who voted to set up a 9/11-style commission to investigate the Jan. 6 attack on the U.S. Capitol as 'wayward' and blasted his party for not sticking together.

Most House Republicans opposed the idea of setting up a 10-member commission.

But 35 moderates, including 10 who supported impeaching Trump, voted with Democrats on Wednesday evening to investigate the deadly riot by the former president's supporters.

'We have much better policy and are much better for the country, but the Democrats stick together, the Republicans don't.'

The bill passed the House on a 252-175 vote, helped by backing from GOP rebels including Liz Cheney, Adam Kinzinger and the eight other GOP members who voted to impeach Trump.

But the proposal faces an uncertain future in the Senate where it could need to flip 10 Republicans to pass the necessary 60-vote hurdle.

Meanwhile, the House narrowly approved spending $1.9 billion to toughen security at the complex, setting up a quick-reaction force and installing retractable fencing as Congress and the country continues to deal with fall-out.