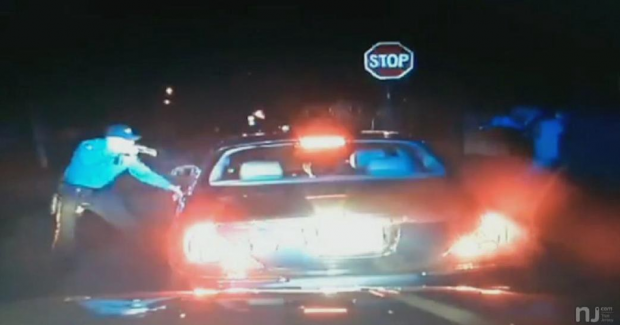 "The Fourth Amendment was designed to stand between us and arbitrary governmental authority. For all practical purposes, that shield has been shattered, leaving our liberty and personal integrity subject to the whim of every cop on the beat, trooper on the highway and jail official. The framers would be appalled."—Herman Schwartz, The Nation

We've all been there before.

You're driving along and you see a pair of flashing blue lights in your rearview mirror. Whether or not you've done anything wrong, you get a sinking feeling in your stomach.

You've read enough news stories, seen enough headlines, and lived in the American police state long enough to be anxious about any encounter with a cop that takes place on the side of the road.

For better or worse, from the moment you're pulled over, you're at the mercy of law enforcement officers who have almost absolute discretion to decide who is a threat, what constitutes resistance, and how harshly they can deal with the citizens they were appointed to "serve and protect."

This is what I call "blank check policing," in which the police get to call all of the shots.

So if you're nervous about traffic stops, you have every reason to be.

Trying to predict the outcome of any encounter with the police is a bit like playing Russian roulette: most of the time you will emerge relatively unscathed, although decidedly poorer and less secure about your rights, but there's always the chance that an encounter will turn deadly.

Try to assert your right to merely ask a question during a traffic stop and see how far it gets you.

UNBELIEVABLE! They're Going To Force It On You?!