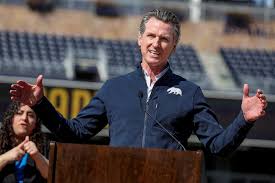 California is poised to create the nation's first state-funded program making guaranteed-income payments to some residents after lawmakers unanimously passed a bill calling for the monthly checks.

The state House and Senate passed the legislation unanimously on Tuesday. It would provide funding for monthly payments of between $500 and $1,000 to pregnant women and young adults who formerly lived in foster homes. The bill will become law, earmarking $35 million for the program in its first year, if Governor Gavin Newsom signs it as expected.

The idea of so-called universal basic income (UBI) has gained traction in recent years, with dozens of local governments around the nation experimenting with such programs. Former Democratic presidential candidate Andrew Yang helped bring attention to the concept with his proposal to give every American adult $1,000 every month, regardless of their employment situation.

Newsom adviser Michael Tubbs was formerly mayor of Stockton, California, one of the first cities to dabble with UBI. "Now there is momentum," he said on Thursday. "Things are moving quickly. The next stop is the federal government."