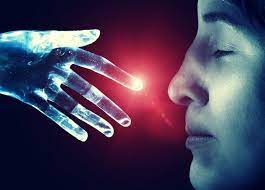 That's why I put the word science in quotation marks. I could have called it pseudoscience or junk science.

In contrast to real science, "science" is little more than the broadcast of evidence-free alarms that politicians and bureaucrats, advised by anointed government-financed "scientists," use to justify political action and expansion of government intrusion into our lives. The price is liberty.

The procedure starts with a politically amenable conclusion and then moves to a search for confirmation, regardless of whatever violations of good science and statistical analysis are required. Those who voice doubts about any of this, despite their credentials and previous standing, will be subjected to attacks, even on their character. The official slogan of establishment "science" might as well be, "Orthodoxy first! Protect the paradigm!"

Someone of note saw this coming. In 1961 President Dwight Eisenhower gave his televised farewell address, which has become famous for its warning "against the acquisition of unwarranted influence, whether sought or unsought, by the military-industrial complex." Eisenhower went on to say, "We must never let the weight of this combination endanger our liberties or democratic processes. We should take nothing for granted only an alert and knowledgeable citizenry can compel the proper meshing of huge industrial and military machinery of defense with our peaceful methods and goals, so that security and liberty may prosper together."