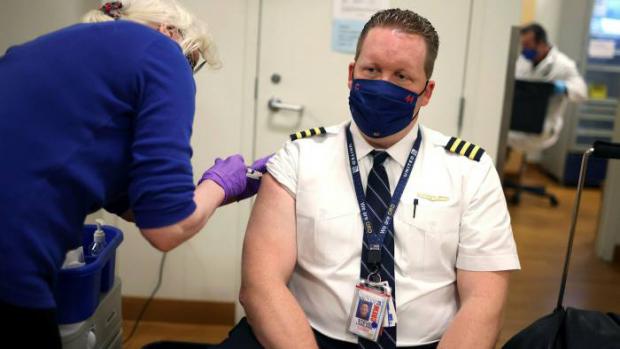 Speaking with Tucker Carlson Tuesday night, Joshua Yoder, commercial pilot and co-founder of US Freedom Flyers, urged "I am not going to take a mandate. I am not going to be coerced into doing something I don't believe in."

"I believe in freedom," Yoder continued, adding "I'm here to support the freedom of my fellow employees and all people across this country."

Explaining why he is against the mandates, Yoder said "My motive for resisting it is primarily religious for myself. Among my friends I saw a need. Many of us don't want to take this. People were being coerced."

"We have all the control and the control comes from a simple word, and that's 'no,'" Yoder noted, adding "We just don't need to comply."

He warned that if airlines try to force vaccines on pilots as per the government's mandate, there will be a huge knock on effect on distribution and the shipping industry.

"If you have flights reduced by 30% because 30% of pilots are fired because they won't take the vaccine, this is going to affect how your goods get here from overseas, how they are distributed to the store," he said.