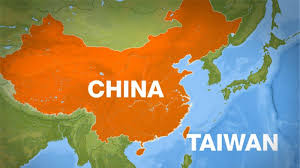 The United States and China will not go to war over Taiwan. China is not engaging in provocative actions leading toward an invasion. So why the fuss?

I'd prefer to let the argument speak for itself, but my background is relevant. As a U.S. diplomat, I served in Taiwan, Beijing, and Hong Kong, as well as Korea and Japan, and speak a bit of all their languages. Many of my former colleagues, who managed their careers better, now hold senior positions in the Department of State's China and East Asian bureaucracies. I certainly don't speak for them, but I do speak to them.

America has always been China's fickle partner. A WWII ally, the U.S. backed away in 1949 after Mao took power. Then, in the midst of the Cold War, Nixon "opened" China and the place was remade into a friendly bulwark against the Soviets. In 1979 the U.S. diplomatically recognized Beijing and unrecognized Taipei. The U.S. and China then grew into significant trading partners until sometime during the Obama years, when China, without a clear precipitating event, morphed again into an adversary (the U.S. called it a pivot toward Asia). Trump and Biden have since upgraded China to a direct threat. Biden has said, "On my watch China will not achieve its goal to become the leading country in the world, the wealthiest country in the world, and the most powerful country in the world."

Along the way China has always stayed pretty much the same. It's our fear of the same China that changes.