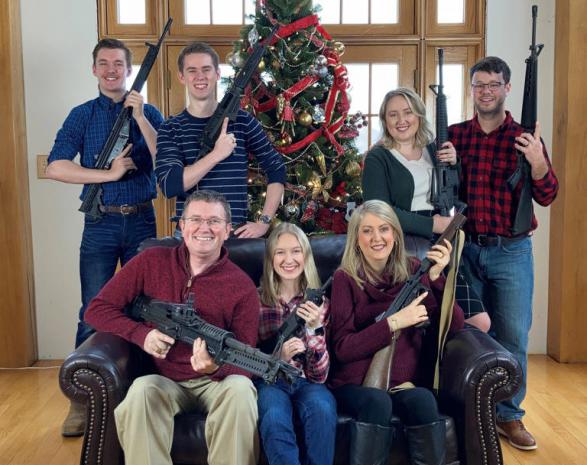 They are looking straight at the camera, smiling wide. The parents are sitting on a black leather couch, in front of a festive Christmas tree that is flanked by younger members of the family. It would be a standard holiday family portrait if not for one unexpected detail: Everyone in the image is holding a long gun.

The photo was posted on Twitter by Rep. Thomas Massie (R-Ky.) on Saturday, along with the caption: "Merry Christmas! ps. Santa, please bring ammo."

A wave of outrage followed.

Massie did not respond to several requests for comment on Sunday.

The furor over the photo comes days after authorities accused 15-year-old Ethan Crumbley of using a semiautomatic handgun purchased by his father to shoot students at Oxford High School.