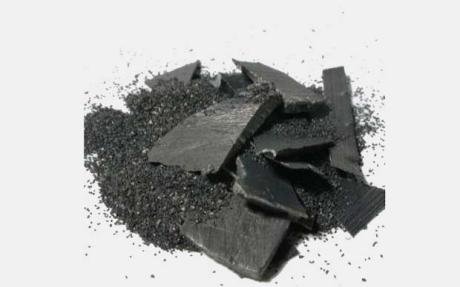 Thorium One ton of thorium can produce as much energy as 200 tons of uranium and 3.5 million tons of coal

An abundant metal with vast energy potential could quickly wean the world off oil, if only Western political leaders would muster the will to do it, a UK newspaper says today. The Telegraph makes the case for thorium reactors as the key to a fossil-fuel-free world within five years, and puts the ball firmly in President Barack Obama's court.

Thorium, named for the Norse god of thunder, is much more abundant than uranium and has 200 times that metal's energy potential. Thorium is also a more efficient fuel source -- unlike natural uranium, which must be highly refined before it can be used in nuclear reactors, all thorium is potentially usable as fuel.

The Telegraph says thorium could be used as an energy amplifier in next-generation nuclear power plants, an idea conceived by Nobel laureate Carlo Rubbia, former director of CERN.

Known as an accelerator-driven system, it would use a particle accelerator to produce a proton beam and aim it at lump of heavy metal, producing excess neutrons. Thorium is a good choice because it has a high neutron yield per neutron absorbed.

Thorium nuclei would absorb the excess neutrons, resulting in uranium-233, a fissile isotope that is not found in nature. Moderated neutrons would produce fissioned U-233, which releases enough energy to power the particle accelerator, plus an excess that can drive a power plant. Rubbia says a fistful of thorium could light up London for a week.

The idea needs refining, but is so promising that at least one private firm is getting involved. The Norwegian firm Aker Solutions bought Rubbia's patent for this thorium fuel cycle, and is working on his design for a proton accelerator.

The Telegraph says this $1.8 billion (£1.2 billion) project could lead to a network of tiny underground nuclear reactors, producing about 600 MW each. Their wee size would negate the enormous security apparatus required of full-size nuclear power plants.

After a three-decade lull, nuclear power is enjoying a slow renaissance in the U.S. The 2005 energy bill included $2 billion for six new nuclear power plants, and this past February, Obama announced $8.3 billion in loan guarantees for new nuclear plants.

But nuclear plants need fuel, which means building controversial uranium mines. Thorium, on the other hand, is so abundant that it's almost an annoyance. It's considered a waste product when mining for rare-earth metals.

Thorium also solves the non-proliferation problem. Nuclear non-proliferation treaties (NPT) prohibit processes that can yield atomic bomb ingredients, making it difficult to refine highly radioactive isotopes. But thorium-based accelerator-driven plants only produce a small amount of plutonium, which could allow the U.S. and other nations to skirt NPT.

The Telegraph says Obama needs a Roosevelt moment, recalling the famous breakfast meeting when Albert Einstein convinced the president to start the Manhattan Project. A thorium stimulus could be just what the lagging economy needs.

Screw stimulus - last thing we need is to pay $1 per 30c of investment, with the other 70c going to useless bureaucrats and god-knows-what-else. There are already several companies developing portable thorium breeder reactors. Wait for their IPOs and invest. The only thing the government needs to do is what it needs to do in every situation - get the (&(*#$ out of the way and let the big kids get the work done.

Researchers Pull Carbon Out of the Sky And Convert it to Instant Jet Fuel...