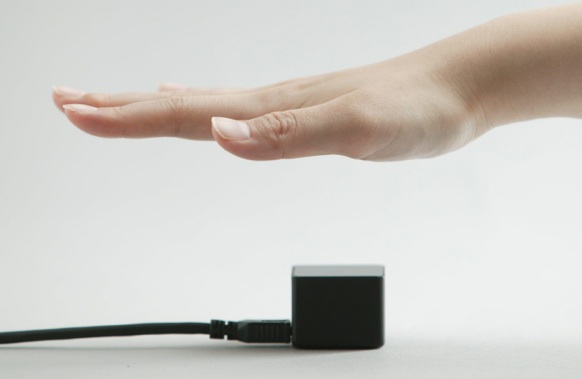 Ever since Google announced that its Android phones would be equipped with a "digital wallet" that allows users to pay for things simply by touching their phone to a pad, interest in our wallet-free future has taken off. Long in use in Asia and especially Japan, the enabling technology, Near Field Communication, has allowed users to more or less completely replace credit cards with phones -- yet the technology has languished in the U.S.

That delay has dragged on so long that at least one competing, not to mention superior, technology has reached maturity. Manufactured by Fujitsu under the trade name PalmSecure, it's a system that requires no hardware on the user side. If you've got hands and you can wave them in front of a detector, you can use it to make purchases.

PalmSecure is a kind of identification / security scheme that falls under the umbrella of biometrics. Other biometric identifiers include your fingerprint, voice, iris, face, even the shape of your earlobe. Unlike those other measures, PalmSecure is uniquely unobtrusive. It's literally the same gesture required to use an NFC phone wallet or to swipe a credit card, only you don't have to have anything on your person to make it work.

The technology is affordable enough that one Florida school district is already deploying it in its cafeterias to allow students to make purchases. It's also being used to identify patients in New York University's Langone Medical Center, where 250 scanners have been deployed at a total system cost of $200,000.