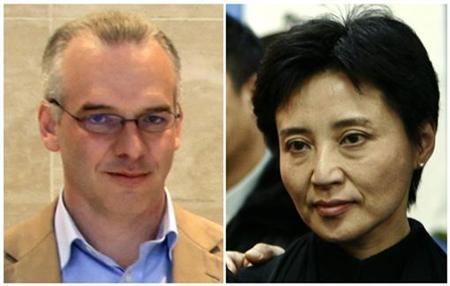 It also brings a curtain down on China's most sensational trial in three decades, yet opens a new and more politically dangerous act for the ruling Communist Party -- how to deal with Bo, an ambitious and well-connected provincial leader whose downfall exposed rifts in the party.

Gu, 53, wore a white shirt and black suit and stood expressionless, hands folded in front of her, as she spoke, pausing at one point to find the right words.

At her trial on August 9, Gu admitted to poisoning Heywood last November, and alleged that a business dispute between them led him to threaten her son, Bo Guagua, according to official accounts published by state media.