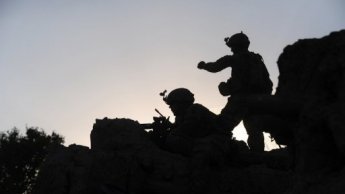 The plan is in line with recommendations from General John Allen, commander of ISAF forces in Afghanistan.
The administration of President Barack Obama aims to keep around 10,000 US troops in Afghanistan after formal combat operations in that country end in 2014, The Wall Street Journal reported late Sunday.

Citing unnamed senior US officials, the newspaper said the plan was in line with recommendations presented by General John Allen, commander of US and international forces in Afghanistan, who has proposed a force between 6,000 and 15,000 US troops.

This force will conduct training and counterterrorism operations after the NATO mission in Afghanistan formally concludes at the end of 2014, the report said.

About 67,000 US troops are currently deployed in Afghanistan alongside 37,000 coalition troops and 337,000 local soldiers and police that make up the Afghan National Security Forces (ANSF).