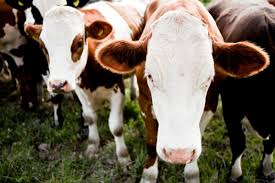 (NaturalNews) We must act to maintain the integrity of organic standards! Action Alert! [1]

The semiannual meeting of the National Organic Standards Board (NOSB) will take place April 25–27 in Washington, DC. Because the NOSB makes decisions that, in large part, determine the future of organic foods (it's the advisory board for the National Organic Program, or NOP), ANH-USA has been engaged with the board for some time.

(Article by ANH-USA, republished from http://www.anh-usa.org)

After reviewing the agenda, we noted two items of concern.

As we reported last fall[2], the issue of removing GMO vaccines from organic production has been stalled for years. The stated rationale for NOSB's inaction is the difficulty in distinguishing GMO from non-GMO vaccines, given the rapid pace of technological advancement.

In its Spring 2016 meeting materials[3], the NOSB seems to be moving forward in establishing a more comprehensive definition of genetic modification. That's a start—but still a far cry from removing GMO vaccines from organic production.

The problem is that, even if an updated definition of "genetically modified" captures the various techniques used to create GMO vaccines, there is still likely to be great confusion among certifiers and producers as to which specific vaccines on the market were made using "excluded methods." To address this issue, in 2012 the NOSB asked the NOP to help identify vaccines registered with the USDA as either "GMO" or "non-GMO." The USDA stonewalled, saying that creating such a list would imply that there is something wrong with GMO vaccines. (Well, there is!) USDA also complained that inaccuracies in the list could create liability issues.

This issue has been dragging on far too long. It is past time for the NOSB and the NOP to work collaboratively to ensure that vaccines created with "excluded methods" such as genetic modification are not allowed in organic production. That it is "difficult" to do so is no excuse.

Cutting out sugar: How to deal with sugar detox symptoms

Is an 'ENGINEERED FAMINE' Planned for America???