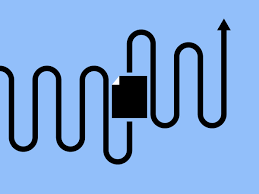 If you've ever struggled to pair your phone with a Bluetooth speaker or set up a wireless printer, you know that it's often easier to connect to a server halfway around the world than to a gadget across the room. That's a problem as we increasingly use our phones to pay for stuff, unlock doors, and control everything from televisions to thermostats. No one wants to wait for coffee because the cash register can't detect their phone, or shiver in the cold because their watch is trying to connect to their neighbor's door lock instead of their own.

Multiple wireless technologies have emerged in recent years to tackle this problem, including Bluetooth, LoRa, and NFC. These technologies are all based on radio frequencies. But a growing number of businesses, from Ticketmaster to Google to nuclear-power plants, are turning to a simpler solution: sound.

Ticketmaster is working with Cincinnati-based startup Lisnr to create audio-based digital tickets. So instead of using a printed ticket or a QR code on a phone to gain entrance to an event, your phone plays a short, inaudible sound. It's a bit like having your phone whisper a secret password to a digital assistant, like Apple's Siri or Amazon's Alexa, to gain access to an event.

Justin Burleigh, VP of product at Ticketmaster, explains that the company already enables event goers to use NFC, the technology that powers Apple Pay, to gain admission at venues that use the company's Presence software. But, he says, about 20 percent of Ticketmaster's customers don't have phones that support NFC. Bluetooth is nearly ubiquitous, but requires each phone to pair with the ticket-reading device. That would be a challenge when 1,000 people crowd around a gate at a venue. But every smartphone can play audio—and nearly every tablet and smartphone has a microphone, sparing venues from having to buy expensive new equipment.

Using sound to transmit data is nothing new. Everything from bird chirps to human language can be considered a form of data-over-sound. It's old hat for computers too: The squeal of a dial-up modem is actually digital data encoded into sound and then interpreted by another computer.

Unlike dial-up modems, this new wave of data-over-sound technologies transmits messages over the air, instead of over wires, even if you can't always hear the audio frequencies they use.