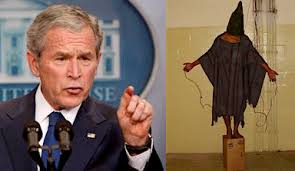 Written and directed by filmmaker Scott Z. Burns, The Report chronicles congressional staffer Daniel J. Jones' real investigation on behalf of the Senate Intelligence Committee into the Bush-era CIA torture activities, the CIA activities to block the investigation and the Obama administration's dragging of its feet about releasing the findings of the investigation.

But the most powerful part of the film is that by simply presenting the facts, the viewer quickly realizes how sick some individuals were to argue for, and allow, the enhanced investigation techniques (torture) to go on without any tangible results.

Burns stresses that the report is about facts. "This is the CIA's own accounting of their program, and it's an amazing puzzle that Dan [Jones] was able to put together out of 6.2 million documents. And so one would think if there was a narrative that said this program worked, it would've been found somewhere in those 6.2 million documents."