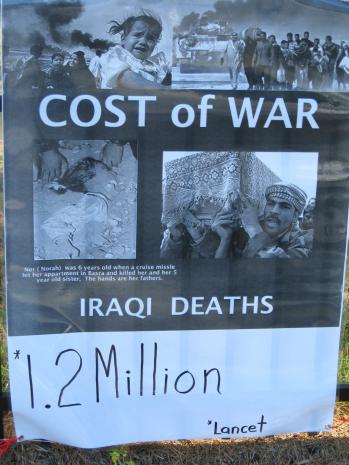 Neither are the governments of the nations in which the victims are citizens. No one is invading and trying to conquer the United States.

There is something else important to note about U.S. interventionism in faraway lands: It makes Americans less safe. Let us count the ways.

1. American tourists and business people traveling abroad are now subject to angry and vengeful retaliation for the death and destruction that the U.S. government is wreaking in those faraway lands.

Yes, I am fully aware that American tourists and business people are not responsible for the death and destruction that is being inflicted by the Pentagon and the CIA in places like Iraq, Syria, Iran, Libya, Yemen,  Afghanistan, and other countries. But the problem is that many victims of the Pentagon's and CIA's deadly and destructive crusade don't separate private American citizens and the U.S. government. Like many Americans do, they conflate the federal government and the American people. Thus, when they exact revenge by killing or maiming American tourists or American business travelers abroad, say with well-placed bombs, in their minds they are exacting revenge against the U.S. government.

2. Americans here at home are now subject to angry and vengeful retaliation by American citizens here at home and foreigners living in the United States who sympathize with the victims in those faraway lands. That's where the threat of domestic terrorism comes into play.