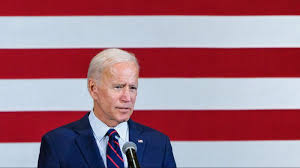 One officer showed his badge and said, "Let's go into the house, and we will explain things to you."

Once he was inside, the explanation was simple: "We're taking the house."

The Lopses were far from wealthy. They worked on a sugar plantation for nearly fifty years, living in camp housing, to save up enough money to buy a modest, middle-class home. But in 1987, their son Thomas was caught with marijuana. He was twenty-eight, and he suffered from mental health issues. He grew the marijuana in the backyard of his parents' home, but every time they tried to cut it down, Thomas threatened suicide. When he was arrested, he pled guilty, was given probation since it was his first offense, and he was ordered to see a psychologist once a week. Frances and Joseph were elated. Their son got better, he stopped smoking marijuana, and the episode was behind them.

But when the police showed up and told them that their house was being seized, they learned that the episode was not behind them. That statute of limitations for civil asset forfeiture was five years. It had only been four. Legally, the police could seize any property connected to the marijuana plant from 1987. They had resurrected the Lopes case during a department-wide search through old cases looking for property they could legally confiscate.