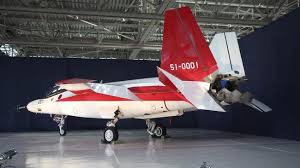 The Ministry of Defense on Wednesday announced the official timeline of the supersonic F-3 fighter's first prototype should be ready in 2024. Series production will be handled by Mitsubishi Heavy Industry's factory in 2030. The first F-3s are expected to enter service by 2035.

The F-3 is expected to be one of the world's most sophisticated stealth jet fighters. The stealth fighter was designed to counter China's ambitious expansion across the South China Sea and other regions in the Pacific.

According to CNN, citing Japan's Acquisition, Logistics and Technology Agency (ALTA), the F-3 could feature these technologies:

-the use of thrust-vectoring nozzles, devices that use the engine's thrust to turn more sharply.