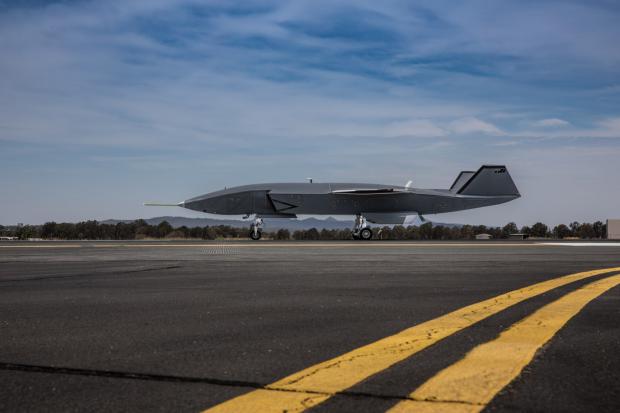 The Loyal Wingman is being developed for the Royal Australian Air Force (RAAF), and the aircraft used in the latest test is one of three class prototypes being built under Australia's Advanced Development Program.

Boeing says the low-speed taxi was carried out to verify the function and integration of drone's systems, which include steering, braking, and engine controls.

When the 38-ft-long (11.7-m) drone is ready for flight, it will be a jet-powered, autonomous, artificial-intelligence-powered teaming aircraft with a range of 2,000 nm (2,301 mi, 3,704 km) that can fly alongside UAVs and piloted combat aircraft.

The armaments for Loyal Wingman has yet to be revealed, though it will have electronic warfare capabilities.