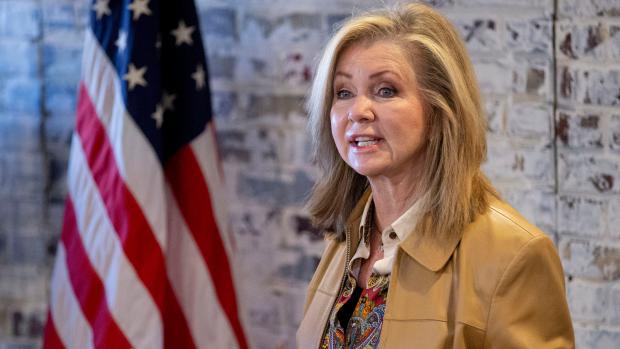 "China and big tech, they have a cozy relationship," Blackburn said. "And they have been allowing the Chinese Communist Party to spew all of their information. I can't find anywhere they've been censored or blocked or banned."

"Big tech is aiding and abetting the Chinese Communist Party in their push for global dominance, and we are going to have to stand against it," she added.

Blackburn said that by enacting the "virtual you" agenda, Americans could fight back against big tech's dominance and censorship practices.

"This is what we will tell big tech: 'you cannot track, follow, listen, data mine, or share your information, your information with a third party without getting your explicit consent,'" she said. "It is your privacy."

The Tennessee Republican said she would work to remove big tech's Section 230 legal immunity to prevent censorship and preserve those protections for big tech's smaller competitors so that established tech giants and newer companies compete on a more even playing field.

She added that conservatives must tell "big tech and big media" that "enough is enough."