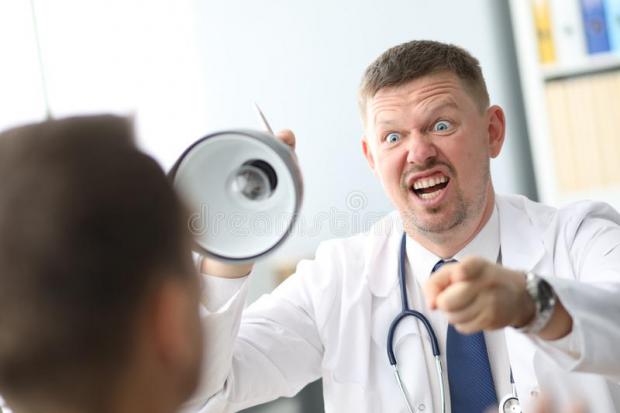 We have been told for almost two years that COVID is a deadly disease. Naturally, when people test positive for COVID, they want to be treated to avoid serious illness. Instead, they are sent home to quarantine, with no medical treatment until they become seriously ill.

Some patients take exception to this approach and ask for ivermectin, which is being used outside of the United States to treat early COVID. There is a significantly lower incidence of serious cases of COVID in countries that use ivermectin for early exposures.

Doctors are not taking kindly to the suggestion that patients should have access to medication that can prevent serious illness. They are denouncing ivermectin as a veterinary drug as if they were not aware that it was developed for human use, that the FDA approved it for human use back in the 1990s, and that almost 4 billion doses have been administered around the world in the past 30 years. It's true ivermectin was developed to treat parasites, not viruses, and that it is used for livestock as well as humans. However, there are a number of life-saving medications that are not being used for their original purpose.

It's common knowledge that penicillin was discovered by accident when it was noticed that moldy bread destroyed bacteria. Less commonly known is that the heart medicine nitroglycerin was developed from the compound used in dynamite. Warfarin, a common blood thinner, started out as rat poison. Arsenic, another deadly poison, is used to treat acute promyelocytic leukemia. Even if ivermectin was originally developed for animals, there is no reason to discard it on that basis when it is being used successfully around the world to prevent dangerous illness and death from COVID.