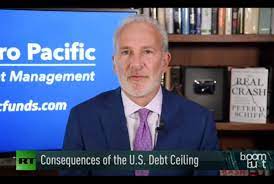 We got the highly anticipated employment report on Friday. It came in far below expectations. But despite weak economic data, bond yields are rising, along with the price of just about everything. Meanwhile, a gold rally fizzled. Peter Schiff talked about it during his podcast, explaining just how badly the markets are misinterpreting the data. When you add up plunging bonds yields, strong oil, and weak economic data – that equals stagflation.

According to the September Labor Department report, the US economy added 194,000 jobs last month. The projection was for around 500,000 new jobs.