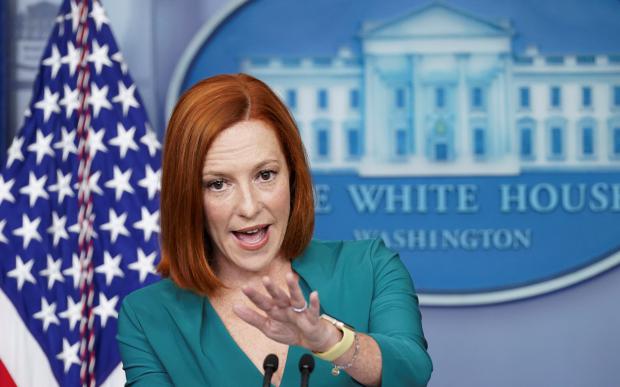 It is certainly true that the Hatch Act represents little more than a speed bump in governmental ethics as was evident this week when White House press secretary Jen Psaki was hit by a complaint from Citizens for Responsibility and Ethics in Washington (CREW). To the credit of CREW, the group is showing the same vigor in defending ethics in this Administration.

However, these cases highlight the toothless quality of the Act.

Psaki responded to a question about the Virginia gubernatorial race by acknowledging she had "to be a little careful about how much political analysis I do" from the podium. However, she then tossed caution to the winds and declared:

"Look, I think the president, of course, wants former Governor McAuliffe to be the future governor of Virginia. There is alignment on a lot of their agenda, whether it is the need to invest in rebuilding our roads, rails, and bridges, or making it easier for women to rejoin the workforce."

The key prohibition is that executive branch employees from "us[ing their] official authority or influence for the purpose of interfering with or affecting the result of an election."

CREW further notes in the complaint:

For her part, Psaki seemed to shrug off the complaint and said that she should probably "choose my words more carefully."

NYT Explores What Happens When Democrats Have All the Power. The Answer May Surprise You

Government's Bounty on Your Life: Hospitals' Incentive Payments for COVID-19 are About...