Here are some pictures from the sign-placement around town, and from the protest:

Showing the LOVE around Manchester, NH 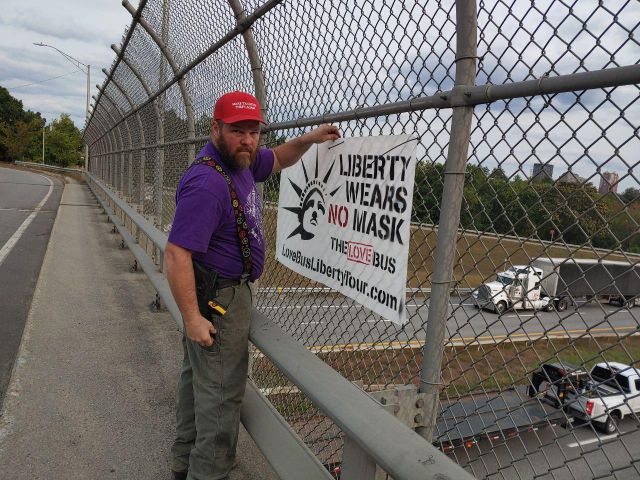 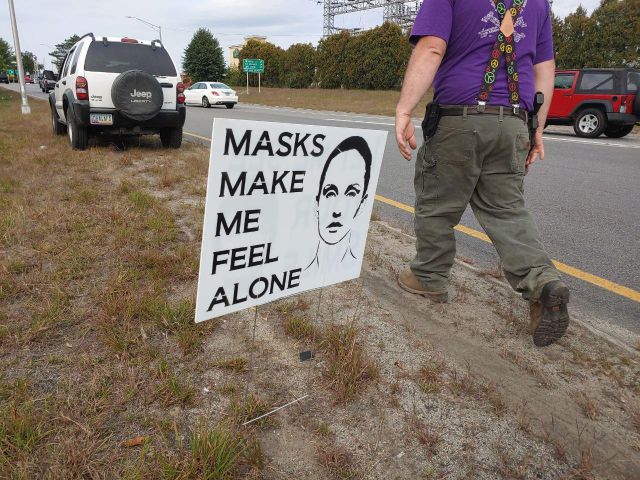 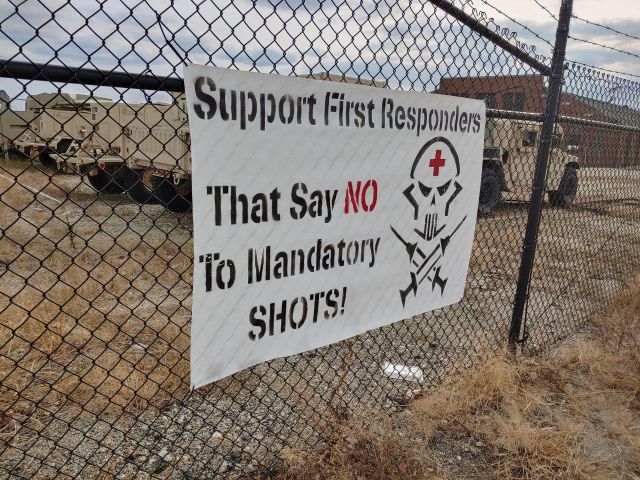 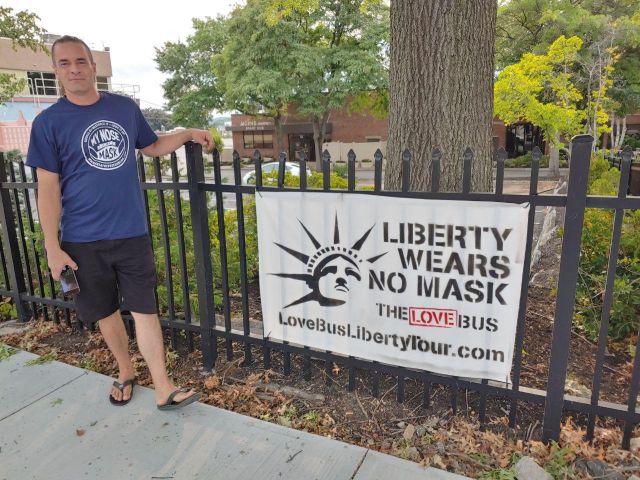 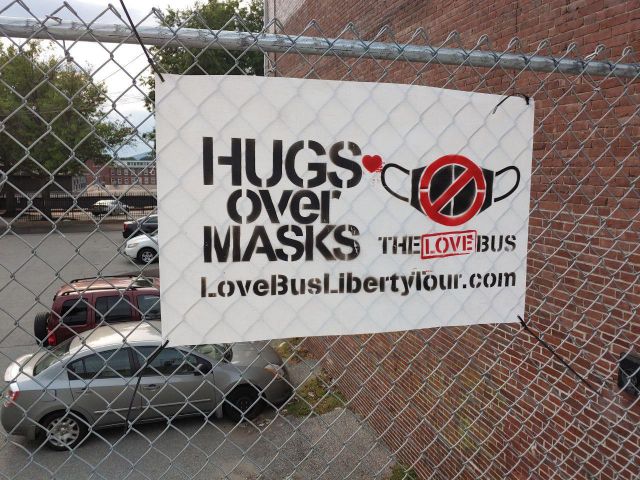 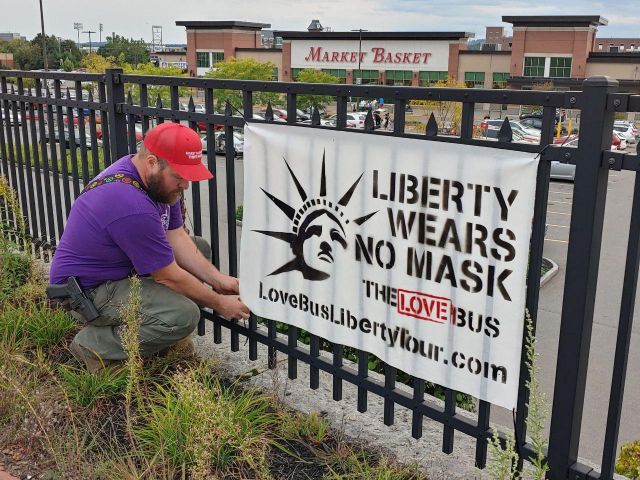 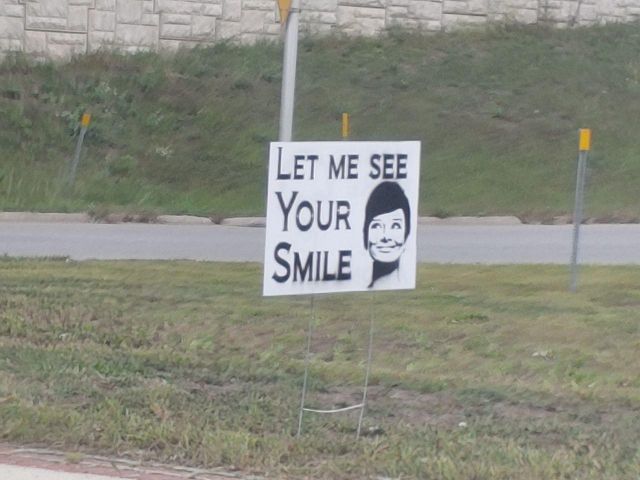 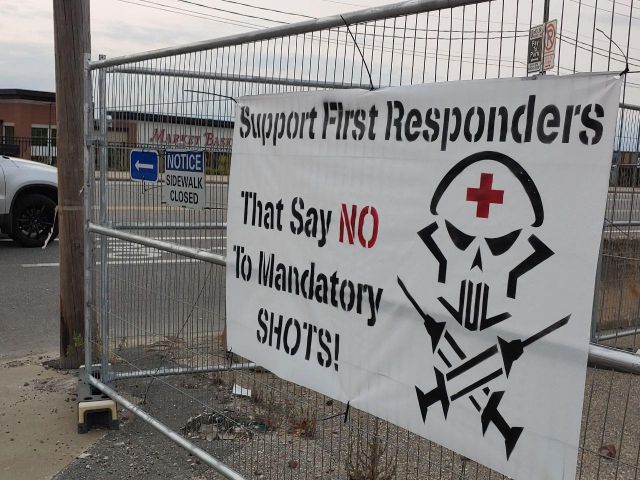 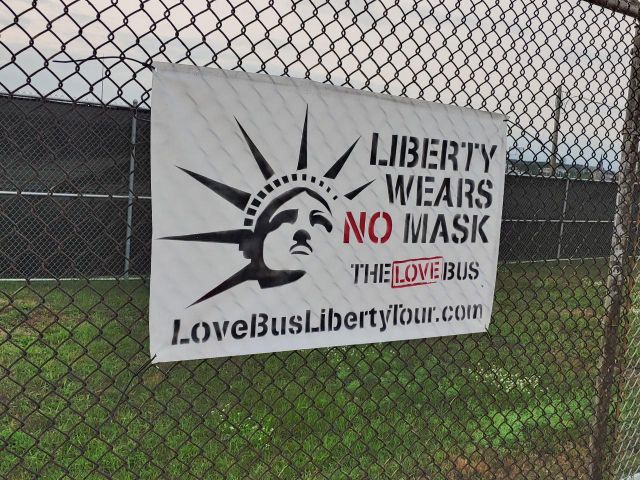 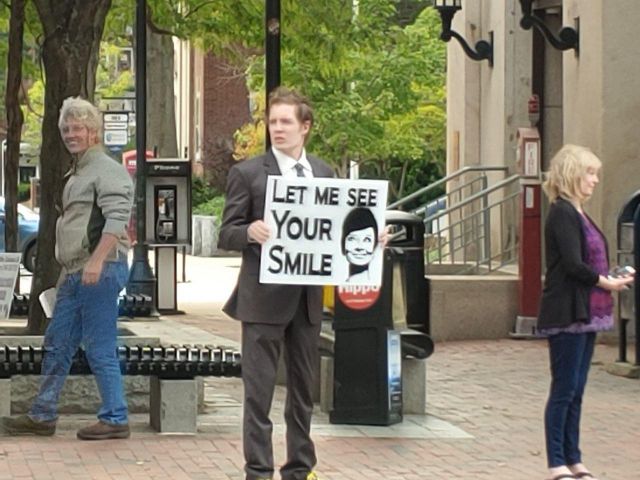 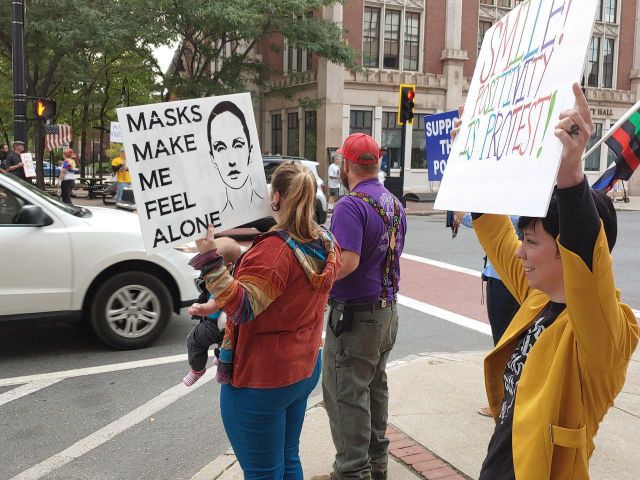 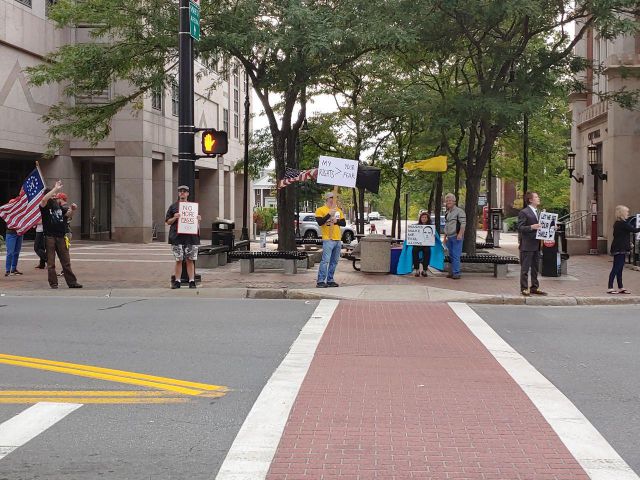 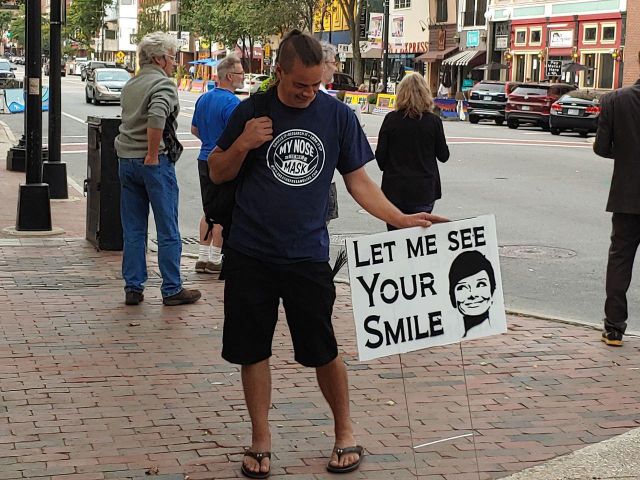 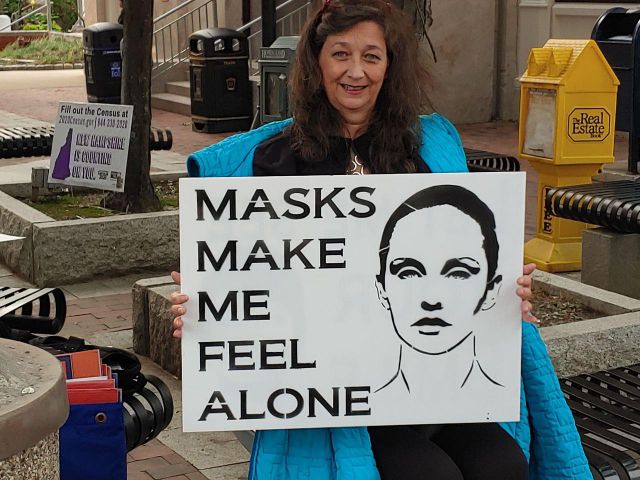 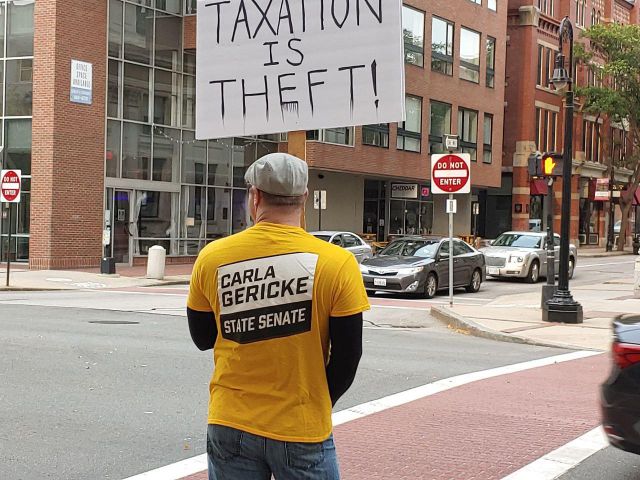 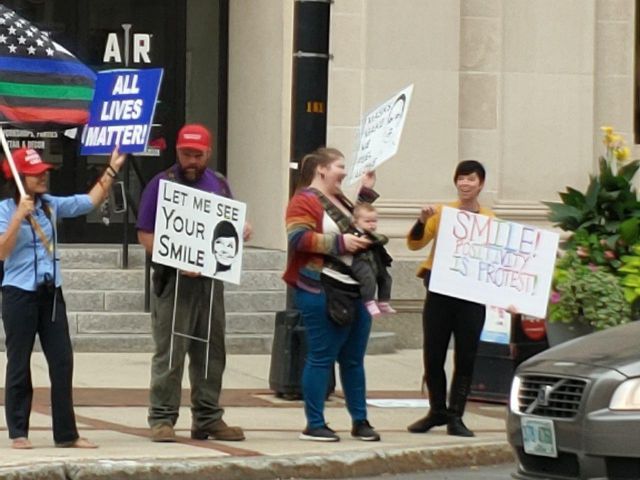 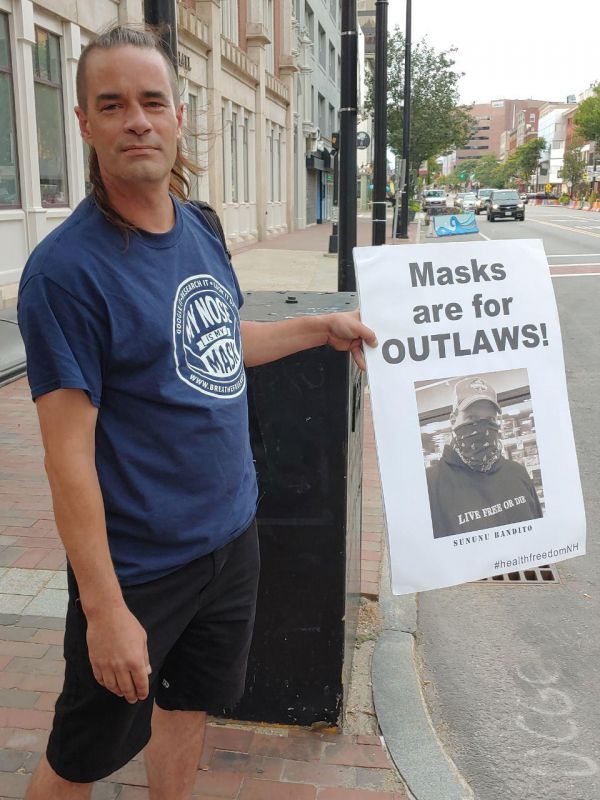 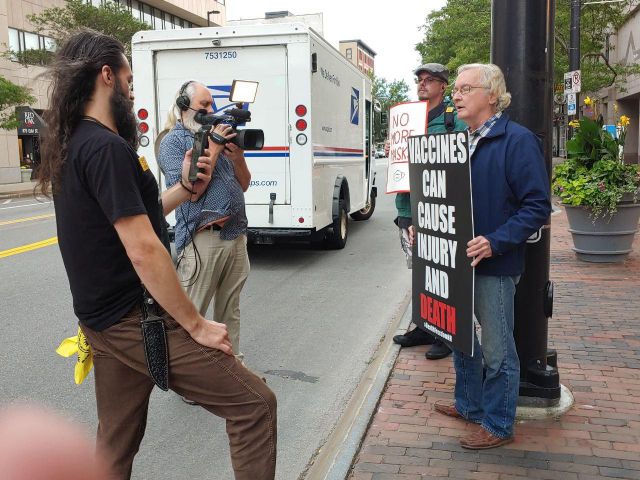 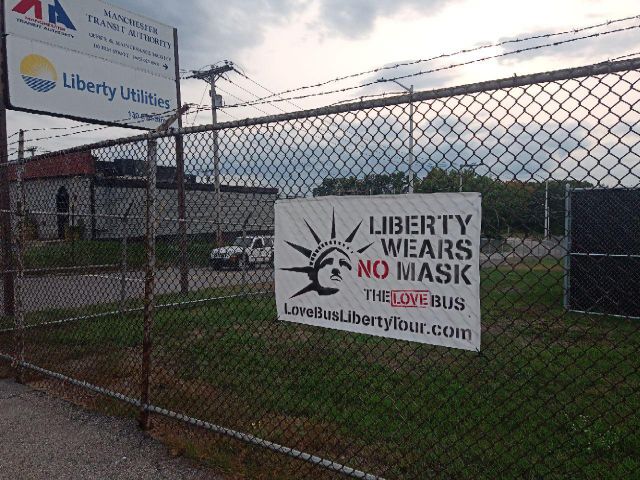 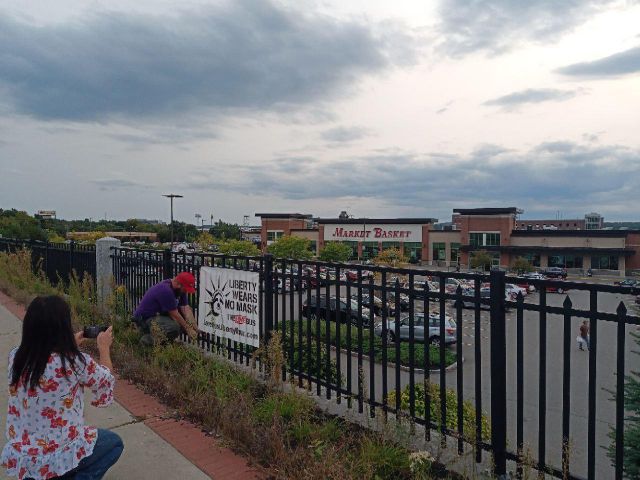 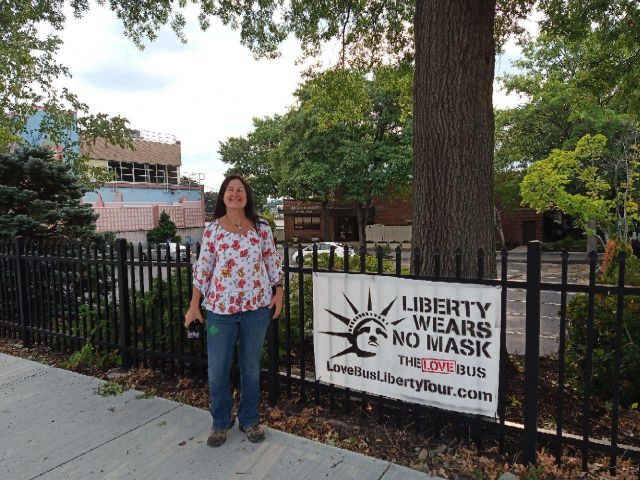 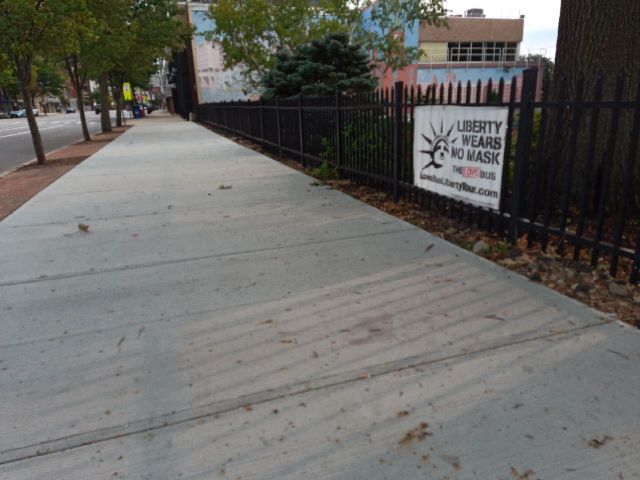 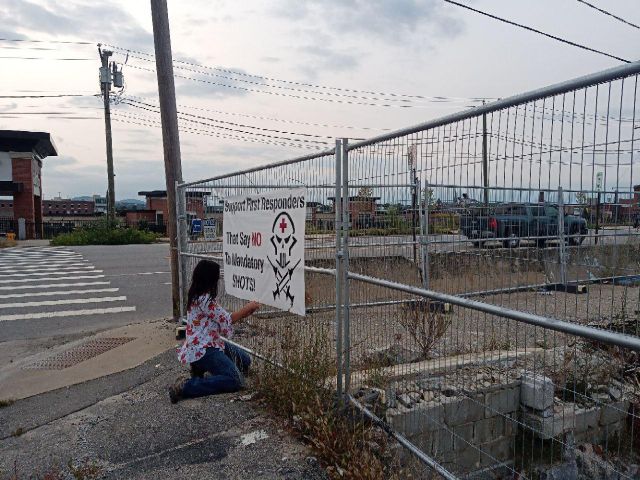 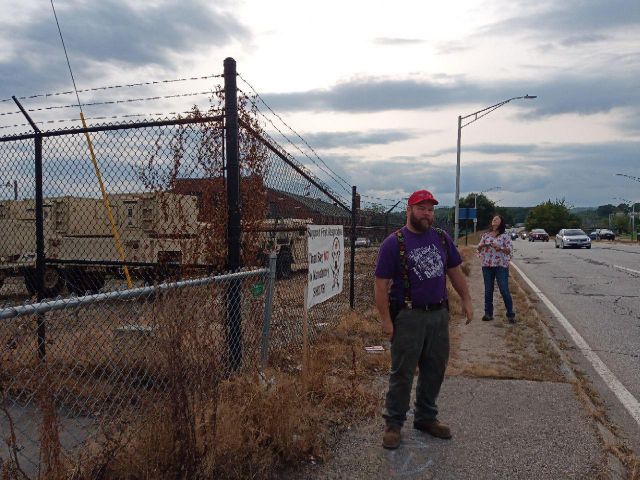 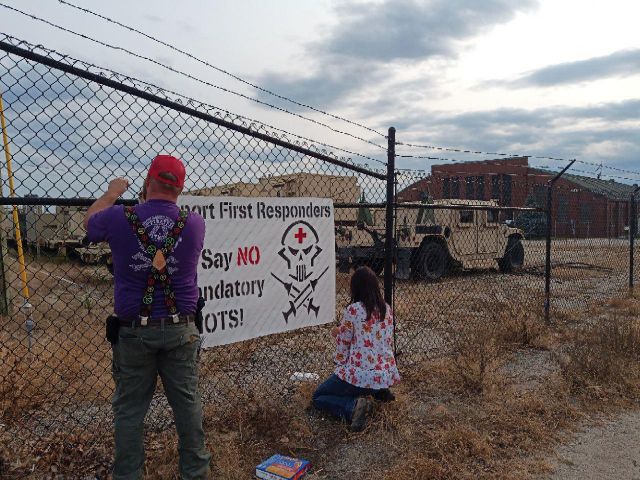 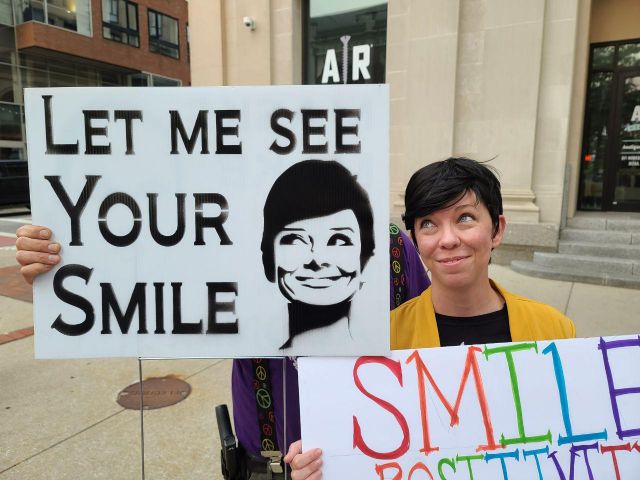 First Responder sign posted in the window at 'The Quill': 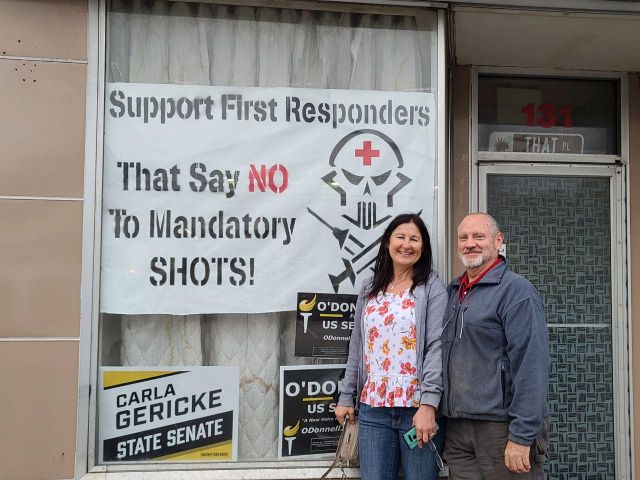 And across the street... 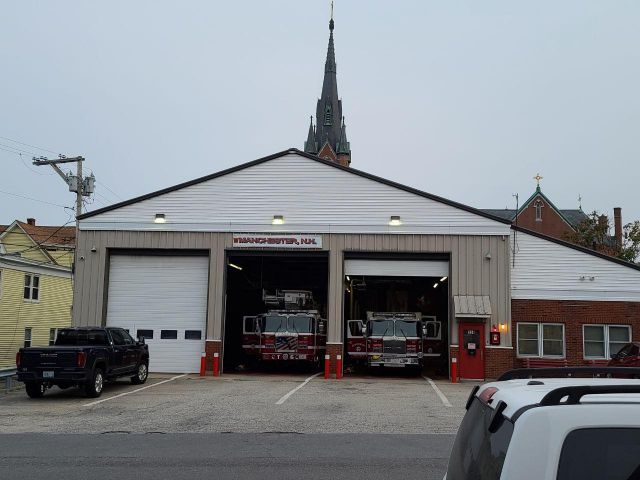 G. Edward Griffin is a writer and documentary film producer with many successful titles to his credit. Listed in Who's Who in America, he is well known because of his talent for researching difficult topics and presenting them in clear terms that all can understand. He has dealt with such diverse subjects as archaeology and ancient Earth history, the Federal Reserve System and international banking, terrorism, internal subversion, the history of taxation, U.S. foreign policy, the science and politics of cancer therapy, the Supreme Court, and the United Nations.

"To oppose corruption in government is the highest obligation of patriotism." – G. E. Griffin

Red Pill Expo is the major public event of Red Pill University. Our purpose is to help truth seekers understand how the world really works – contrary, in many cases, to commonly held illusions. The visionary of this movement is G. Edward Griffin, author of the famous exposé of the Federal Reserve, The Creature from Jekyll Island and also World without Cancer; The Story of Vitamin B17.

The mission of the Expo and the University is to bring together world-class experts to set the record straight on fake narratives, fake history, and fake news. In other words, we are here to dispel the illusions that often shroud the most important aspects of our lives.

Red Pill Expo and Red Pill University are part of what is called Project Outreach, an endeavor by Freedom Force International to create a global coalition in support of individualism over collectivism as the essential cornerstone of liberty and human dignity. This is the ideological gyroscope that forges our unity and guides our efforts.

One of the most remarkable features of Red Pill Expo is that it gives voice to a wide variety of viewpoints, which means that agreement on all topics is neither required nor expected. That is a natural consequence of the red-pill theme, which is about discovering truths and dispelling illusions. If we all held the same opinions and closed our minds to contrary information, discovery of new truths would be impossible. As Scottish Baron Thomas Dewar put it: "Minds are like parachutes. They only function when open."

Most of us have "taken the red pill" at one time or another, which means we have changed our views about something important in our lives. That could not have happened without access to information that often is said to be controversial. That is why Red Pill Expo does not attempt to avoid controversy or censor any ideas advanced by speakers, exhibitors, or sponsors. However, tolerance and open-mindedness is not the same as acceptance. Please be aware that the views expressed by attendees, exhibitors, or speakers do not necessarily reflect the views of the Expo management. Our job is to provide a platform for alternate views of reality. It is up to each of us to decide based on our own experience and judgment.

NO TOPICS ARE CENSORED

At Red Pill Expo, no topics are barred, but controversial issues on which emotions run high often need special care to insure that the process remains dignified and factual. When there is strong public interest in such issues, we attempt to arrange a formal debate between advocates of both positions, but with agreement that they will not interrupt the other or resort to name calling or ad hominem attacks. Questions relating to conflicts of interest are appropriate, but accusations regarding the character of those with opposing views are forbidden by our Rules of Conduct.

Nonconformity of opinion is one thing; bad behavior is another. The Expo has rules of conduct that apply to all who participate. The following conduct is not allowed: (1) abusive language or activity, (2) physical aggression, (3) drunkenness, (4) sounds that interfere with the comfort or activities of others, (5) signage, recordings, literature, or commentary that (a) denigrate someone's race, ethnicity, religion, national origin, culture, gender, education, economic status, or life style, or (b) promotes the services or products of any person or group that is not a Red Pill exhibitor, sponsor, or speaker. The Expo Chairman will be the judge of whether these rules have been followed. Willful and continuing violation will be cause for expulsion. We do not expect any of these issues to arise during the event but, if they do, this policy will apply.

Thank you for attending. Enjoy. Learn. Be transformed!

Where is the event? How to get there? Where to stay? Where to eat? What else to do while you are there?

This event will be held on Jekyll Island, Georgia, where the Federal Reserve was created at a secret meeting in 1910. At that time, the whole island was a swank, privately owned resort where the wealthiest and most powerful families came to escape the winter rigors of New York. Now, it is owned by the state of Georgia and has become a five-star vacation destination. It is mid point between Savanna, Georgia, and Jacksonville, Florida. MAP

(HOME2 SUITES SOLD OUT)
Prices for hotels on Jekyll Island are what you would expect for a swank resort destination, but several are surprisingly reasonable. In the middle range is Home2 Suites by Hilton, shown here, which is only a four-minute walk to the convention center. Our special rate is $159. Make reservations online here and use discount code PIL – or make reservations by calling (912) 319-6019 and mention you are with Red Pill Expo. The address is 101 Ocean Way, Jekyll Island, GA 31527. MAP

(OTHER LODGING IS AVAILABLE)
Other hotels and motels are listed on the Internet. Most listings include a reservation calendar to show rates on the dates of occupancy. Here is a site that shows prices and how close each facility is to the convention center: tripadvisor.com

Two lunches and a Red-Pill Dinner on Saturday night are included with each VIP ticket. For those with General-Admission tickets, there are numerous  restaurants within walking distance and many more within short driving distance from the Convention Center. The two eateries closest to the Center (shown below) offer discounts for our group.

Jekyll Island has restaurants for every taste. Here is Tripadvisor's review of 26 of them.

Jekyll Island is served by three airports. Brunswick's Golden Isles Airport (BQK) has regular daily flights by Delta Airlines from Atlanta (ATL). The island is a 30-minute drive from Brunswick. International airports in Savannah (SAV) and Jacksonville (JAX) are a 60-minute drive.

Rental cars, Uber, and Lyft are available at all airports. Edward Transportation has a private-car service from all three airports, but reservations must be made in advance. Call (678) 414-3616 and mention Red Pill Expo for a discount.