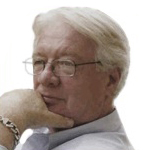 It is not a waste of time to revisit the topic of business bashing, especially in light of President Obama's current attacks on wealth creation. He says he prefers job creation, as if the latter were possible without the former. (Well, in a tyrannical system it may be, for a while; the population could be coerced to work in, say, labor camps, even if no one were to want the work being performed! Public works projects have something of this about them, actually!)

Some might consider it odd to question whether business or commerce are decent endeavors but given that business is held in low esteem by many cultural commentators, as well as by Hollywood, by pulp fiction writers like John Grisham, by famous directors such as Oliver Stone, and playwrights like the late Arthur Miller (whose Death of a Salesman depicts commerce as a pathetic, lowly profession), the question is not at all negligible. And then there are the likes of Harvard University professor of government, Michael Sandel, whose recent book What Money Can't Buy: The Moral Limits of Markets, alleges that there is not much of moral worth to what happens in free markets! (Not that there is anything new about any of this. Earlier, Charles Baudelaire, the famous and widely admired French poet, had said that "Commerce is satanic, because it is the basest and vilest form of egoism. The spirit of every business-man is completely depraved.")

Should we accept this condemnation of a field of work − and its practitioners − that has managed to create prosperity and wealth for not only those who succeed in it but those who are indirect beneficiaries of its products such as universities, museums and think tanks?

Most people take it for granted that medicine, education and science have merit and those doing work in those fields are doing the right thing. They can claim credit for having chosen a fine calling or vocation. But the same is not so with business. A clear indication of this is that there is a great deal of talk about the social responsibility of corporations, and how companies should give back to the community in contributions, something few other professionals hear of. Are college professors being implored to do likewise? No, because their work is deemed to be worthwhile in and of itself. And why is it necessary for people in business to "give back"? Have they committed theft so they need to atone for it by returning the goods they stole? No, there is something else behind the hostility toward business.

1 Comments in Response to Is Commerce Decent? by Tibor Machan

For a long time I have been trying to figure out a method of giving rather than "trading." Business exists because someone wants to give of his labor to someone else in trade for something that the other has. Business amounts to trade.

What if there were a method of giving that worked out fairly for everyone. What if you could simply give of your time, talents, and labor, and receive everything you need and want in life. What if it didn't revolve around, "I'll give you 8 hours a day, 5 days a week, and you pay me $400." What if I would simply give and it would simply be given to me.

Is there a way that this could work? Does someone have an idea of how to do it fairly? No more income, no more income taxes.