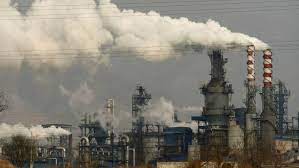 The latest is Pegatron, which assembles iPhones at manufacturing plants in Kunshan and Suzhou, announced Monday that it's "taking energy-saving measures to comply with local government policies," according to Bloomberg.

Pegatron said Sunday that all operations were running normally, and it prepared alternative power generator sources should the government reduce or shut power to their plants.

Sources told Bloomberg that Pegatron's iPhone facility in Kunshan will be affected the most.

"Pegatron has been adopting energy- and water-saving measures over the past few years and there is a comprehensive response program for the current situation to reduce the impact on our operations and production capacity," the company said in a statement.

It's not immediately known what supply chain disruptions for Apple and Tesla will be. Other suppliers have also had electricity shutoff and will last anywhere from a few days to the end of the month.

China's power curbs worsened over the weekend when top suppliers for Apple and Tesla halted production at some manufacturing plants due to Beijing's tighter energy consumption policy, according to Nikkei sources.

This Winter, We Could Potentially Be Facing Simultaneous Shortages Of Oil...