Join-Us | Log-In
Freedom Forum | Translate
Carla Gericke (Candidate for New Hampshire State Senate) provides an update on her campaign - Rochelle Kelle of Weare, NH, is facing charges after bringing her kids to the playground during the 'lockdown'

Hour 2 - Rochelle Kelle of Weare, NH, is facing charges after bringing her kids to the playground during the 'lockdown' 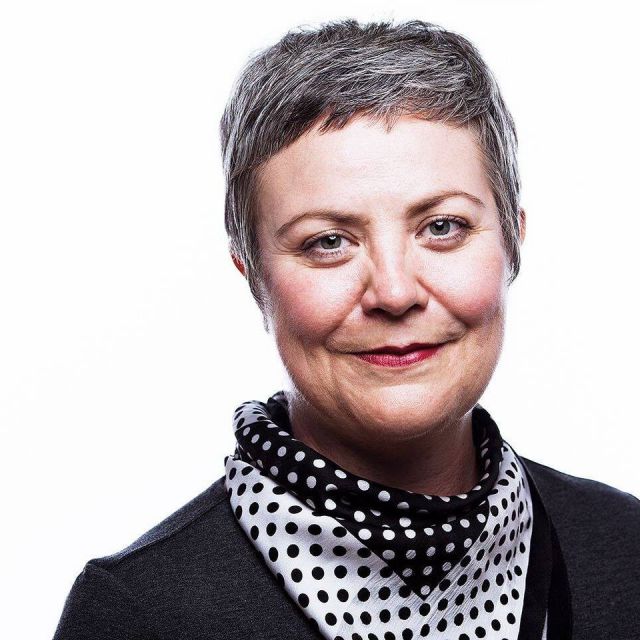 Carla Gericke (JD, MFA) is an advocate of liberty specializing in localized voluntarism, self-determination, and how responsible human action can lead to peace and prosperity. She is president emeritus and Chairman of the Free State Project, and lives in New Hampshire with thousands of fellow freedom fighters.

In 2014, Carla won a landmark court case affirming the 1st Amendment right to film police encounters. She has appeared on WMUR, CNN, and Fox News, been featured in GQ and Playboy, been quoted in The Economist, and has discussed libertarianism on the BBC.

Carla has visited more than 40 countries, hiked to the base camp of the 10th highest mountain in the world, lost a shoe in a taxi more than once, had her passport stolen in Goa, got kidnapped in Vietnam, and has noshed on more "mystery meat" street food than she cares to admit. Carla once spent an entire summer while working as in-house counsel at Logitech eating tuna fish sandwiches with Doug Engelbart (the Mother Of All Demos dude), she worked on Apple's acquisition of Steve Job's NeXT, and bought her first Bitcoin for $6.

She has twice run for New Hampshire state Senate, garnering 42% of the vote in 2018 against an 11-term incumbent, and believes in 2020, third time will be the charm! DONATE to her race TODAY!

Carla's first book, The Ecstatic Pessimist, a collection of award-winning short stories, speeches, and essays about the Free State Project is now available on Kindle with the paperback coming soon! 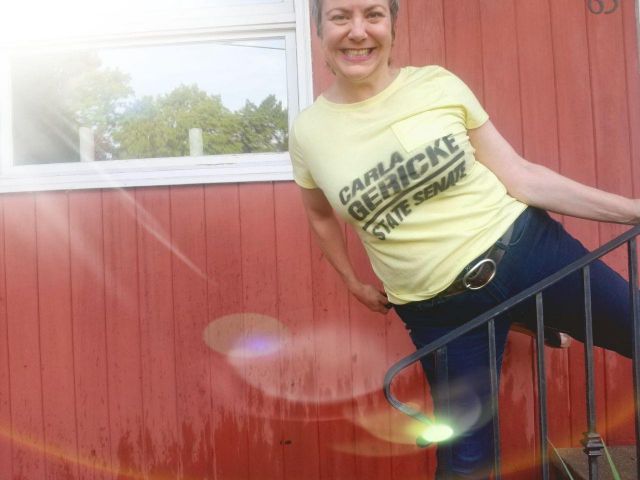 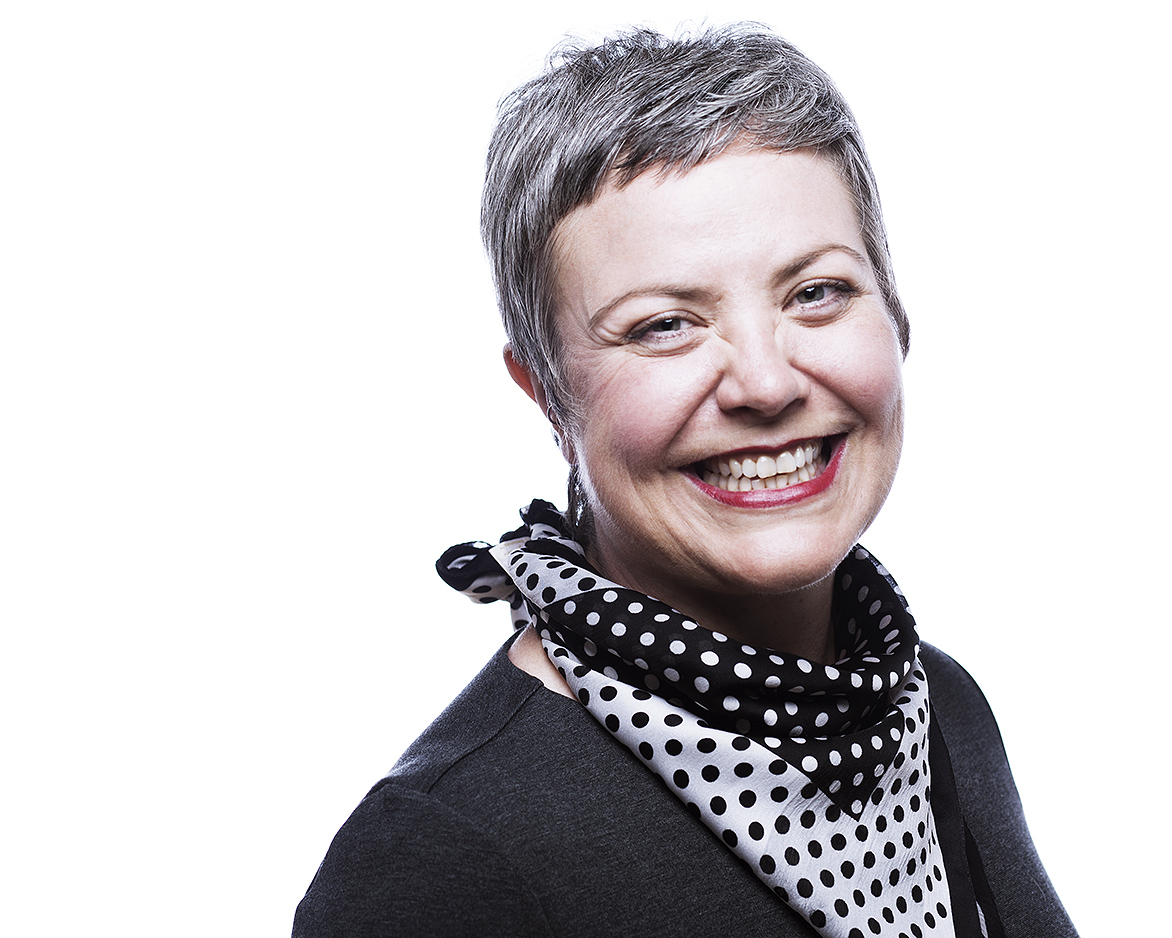 Give your most generous donation TODAY!

If you prefer to avoid processing fees, you can mail a check to:

Please be sure to include your name, mailing address, occupation and business/employer city. (Sorry, it's the bureaucracy!)

Hour 2 - Rochelle Kelle of Weare, NH, is facing charges after bringing her kids to the playground during the 'lockdown'

It late April I shared some outrageous video of uniformed, masked Concord gang members threatening a group of peaceful parents who had come to a local playground with their kids during the "stay at home" lockdown. The masked bullies targeted the small group of parents but the same gang ignored mass anti-lockdown demonstrations at the state house with hundreds violating the "orders" of "HIS EXCELLENCY" Chris Sununu. The armed gangsters knew they don't have the numbers to challenge 400 demonstrators, but picking on a few peaceful families when no one else was around, now that's more their speed.

Now one of the parents, Rochelle Kelley of Weare, NH says that even though she left the playground when the armed gang members ordered her to, several months later they issued a warrant for her arrest on charges of "Criminal Trespassing" and "Disorderly Conduct". Two other parents from the same playground incident, Pamela Jewell and Tyler Workman were also arrested recently, according to WMUR. Curiously, WMUR was able to get the Concord police gang to comment on the story and actually provide information. The government lapdog media gets special treatment, apparently. When I requested the information about the case from the Concord gang records division on Tuesday I received a response back saying it could take up to ninety days. It wasn't just me, Kelley herself requested records from CPD and was also given the same response. WMUR had no such difficulty, apparently.

The good news is that Kelley is planning to fight the charges and has retained liberty lawyer Dan Hynes to take the case. ReopenNH founder Andrew Manuse has put together a fundraiser for her legal defenses that in just a few days has raised over $2,600 of its $10,000 goal.

Just to be clear, multiple parents in the so-called "Live Free or Die" state are now facing two years behind bars for bringing their kids to a playground. It's a perfect example of how insane this Fear World is and how far the state is willing to go to ensure people's obedience. Were the parents at risk of infection by bringing their kids to a playground? Maybe, but it should be their risk to take. We are always taking risks. Until 2020, risk was a regular part of life and still is. It was probably more risky to just drive to the playground in the first place, but few people worry every day about getting behind the wheel of a rolling deathtrap.

The police gang would have you believe they are enforcing these draconian measures to help keep people safe. What would be worse for the kids, though? A young family coming down with an easily-defeatable virus, or mom or dad going to jail for two years? The reality is that the government gang is doing this to centralize their power and further their control of our lives and sadly most people are just doing what they are told, even if it destroys their business and freedom. I will continue to cover those like Kelley who are willing to stand up and fight. Her arraignment in Concord at district court is October 19th.

Overstock.com and its former leader Patrick Byrne have prevailed over the dividend-doubting short sellers who cried foul (and filed suit) over the e-commerce site's issuance of a digital security.

-The suit had been challenged by defendants as "meritless" when they called for its dismissal in May.

-Plaintiffs accused Overstock of fraudulently pumping its stock with misleading financial projections and by promising to issue a digital dividend to shareholders via its tZERO subsidiary, an alternative trading system for digital securities.

-That digital security's originally planned six-month lockup would have put the squeeze on short sellers unable to cover their positions. In their original filing in U.S. District Court, plaintiffs called it a "secret plot" by Byrne to exact "revenge" on short sellers

-But if the plot was one for revenge, then it was hardly a secret: Judge Kimball said the digital dividend's "broad media coverage" undercuts plaintiff's claims that Byrne or Overstock "deceived anyone," according to Law360.

-While Byrne's very public hatred of short sellers is rivaled perhaps only by Tesla's Elon Musk, Judge Kimball said that's neither here nor there because Overstock had a "legitimate business purpose" for issuing its digital security.

-"Overstock was trying to transition from being a traditional online retailer to a blockchain technology business. The dividend was a creative way to strengthen that transition," Judge Kimball said.