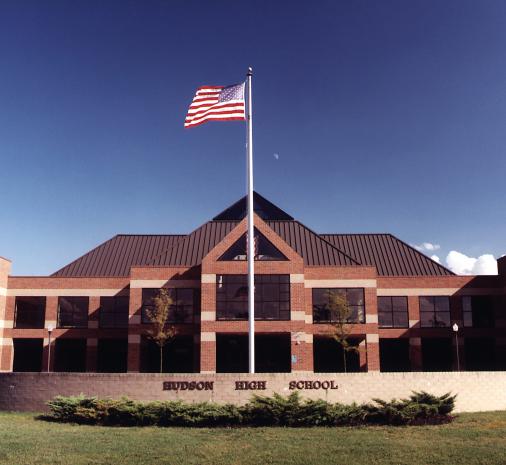 A mayor in Ohio has threatened the city's entire school board with criminal charges unless they resign over highly sexual writing prompts that teachers gave to underage students.

Hudson Mayor Craig Schubert delivered the harsh ultimate during a school board meeting on Monday, garnering loud applause from outraged parents who also spoke out on the topic given to children aged 17.

At issue are the highly inappropriate writing prompts distributed to students in the Liberal Arts II writing class at Hudson High School, including 'Write a sex scene you wouldn't show your mom', 'Describe your favorite part of a man's body using only verbs' and 'Write an X-rated Disney scenario'.

'It has come to my attention that your educators are distributing essentially what is child pornography in the classroom,' fumed Mayor Schubert during public comments.

'I've spoken to a judge this evening and she's already confirmed that. So I'm going to give you a simple choice: either choose to resign from this board of education or you will be charged,' the mayor added.

The mayor then rose from the microphone and stormed out of the meeting, to loud cheers and applause from parents in the audience.

It was unclear whether the inappropriate written material given to schoolchildren truly violates child pornography laws as the mayor claimed, but nevertheless parents in the district were outraged.